What is CBDa, and is it worth looking into? Considering that CBDa is CBD’s acidic precursor, it’s certainly worth learning more about. In fact, this cannabinoid is one of the most popular ingredients in hemp extracts.

Keep reading to learn more about cannabidiolic acid, including what it’s used for and why.

First, CBDa is a separate compound from CBD. CBDa (cannabidiolic acid) is one of the 110 known cannabinoids in the cannabis plant. Of those many cannabinoids, THC is the only one that’s been extensively researched.

However, studies continue to look into the possible pain-relieving properties and other benefits of cannabinoids, including CBDa.

A cannabinoid is a naturally occurring compound. Cannabinoids interact with the body via the endocannabinoid system (ECS). The ECS is in charge of regulating mood, stress, inflammation, sleep, and more.

Cannabinoids such as CBD and CBDa can mimic our natural endocannabinoids and provide potential health benefits.

All cannabinoids derive from cannabigerolic acid (CBGa), also called the “mother of all cannabinoids.” The three precursor compounds that come from CBGa are THCa, CBCa, and CBDa.

Both CBD and CBDa are considered non-psychoactive, which means they won’t get someone high. Receiving the potential benefits without the psychoactive effect is one reason people take CBD oil.

CBDa eventually becomes CBD through decarboxylation, whether by drying and curing or after harvesting. CBDa can turn into CBD through lamps or direct sunlight. Oxygen also contributes to this process.

Heat stimulates the phytocannabinoids and acts as a catalyst for chemical reactions. As such, heat from the sun, ovens, or lamps can turn CBDa into CBD.

The Potential Benefits of CBDa

Most phytocannabinoids interact with our cannabinoid receptors. However, CBDa doesn’t seem to react much with our CB1 or CB2 receptors. That said, it still seems to have an effect on our endocannabinoid system.

CBDa helps to balance cyclooxygenase (COX-2), which is an enzyme that affects our inflammatory response. COX-2 contributes to pain and inflammation by producing prostaglandins. Too much can heighten the feeling of pain and discomfort in our muscles and joints.

CBDa can work as an inhibitor for COX-2. NSAID drugs, such as aspirin and ibuprofen, work in a similar way.

More research is necessary to state any definitive benefits. However, there have been promising studies on the effect of CBDa in reducing nausea and potentially helping reduce stress and anxiety levels.

The Future of CBDa

In short, what is CBDa? You can think of CBDa as the raw form of CBD. It’s one of the many known cannabinoids of the cannabis plant. Future studies will likely reveal more potential health benefits of CBDa, similar to the study of THC and CBD.

Right now, there are several CBDa products on the market, such as oils, creams, extracts, etc.

If you’re interested in learning more about cannabis and CBD, browse our online magazine for more content.

How Your Business Can Benefit From Manufacturing System Software

How To Safely Stop Heroin

How To Safely Stop Heroin 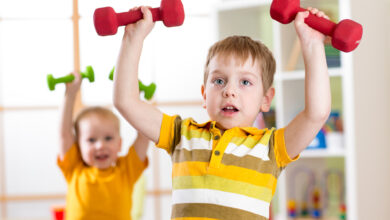 How to Start Fitness Classes for Kids 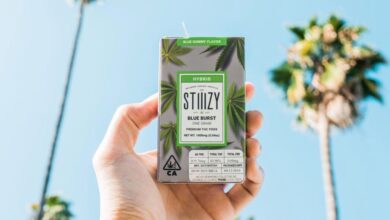 Kushagram: How This New Word Is Changing The Way We Think About Cannabis Sinmt: One Of The Best Keyword Research Tools On The Market