In this generation, social media platforms have grown more accessible. There are several short video apps in India which are used frequently. If you have an internet-connected smartphone, you’re in business! You’ll have access to social media. People, especially nowadays, understand how to work on it and be self-sufficient. Social media isn’t only for wasting people’s time; it also allows them to make money, establish a brand, and get respect. As a result of TikTok’s restriction in India, new apps that do the same duties will emerge.

Instagram has also introduced Reels, a section dedicated to short films. YouTube had a similar function called YouTube Shorts, Snapchat and Facebook were also in line, and there were a slew of additional applications to choose from.

Let’s examine what came after TikTok in terms of short video-making apps:

PickZon is the best short video app for making short videos to earn money, market your brand, meet new people, and expand your company. It is a simple-to-use software that delivers all of the features you require. You may access the Mall using the app, where you can buy and sell items in categories such as Books, Electronics, Properties, Services, and more. In the PickZon app, you can find practically everything you desire.

Moj is primarily a video-making and-viewing programme with no further capabilities. The Moj app has a 4.3 rating on Google Play, which is not awful, but it does have a few drawbacks, according to users. Their app solely promotes certified producers, not those who are just starting out in their professions.

When the user tries to upload a video, the programme has an issue where no internet connection appears. This is a list of the application’s flaws.

Josh is a video-making app that was established after TikTok was banned in India in 2020. Mr. Faisu, Hasnain Khan, and other members of Team 07, as well as Sameeksha Sud, Vishal Pandey, and Bhavin Bhanushali, have all joined this platform.

The app has a 4.2 rating on Google Play and many users, but it’s not worth your time; user feedback shows that there are some flaws with the app. There’s a buffering problem, no way to remove your account, and other technical issues.

Chingari is one of the applications that arose after TikTok was banned, and it is the first Indian app to generate short films. Users have given Chingari a 3.8 rating. It does, however, have a number of technical issues that have yet to be rectified, and there is no way to trim the movies. This programme, according to one user, is falsifying earnings.

It’s a self-entertainment app that allows you to produce and view videos. Popular creators like Badshah, Jannat Zubair, Garima Chaurasia, Angel Rai, and Aashika Bhatia have joined Mx Taka-Tak, which has millions of admirers. The app has a 4.1-star rating and is generally well-received, although the reviews are mixed. Many customers have reported blank screens while using the app, as well as login problems and, most significantly, money withdrawal problems.

A user writes in their feedback that he was having trouble withdrawing money and that the problem had not been resolved. PickZon is one of the best because it provides you exactly what you want.

All of the apps described above are social media platforms, but you can use them to only publish your video. Some are exclusively for viewing and producing films, but PickZon is one of the best because it offers you exactly what you want.

Deficiency of Vitamin D - Why it's Easy to Be Deficient 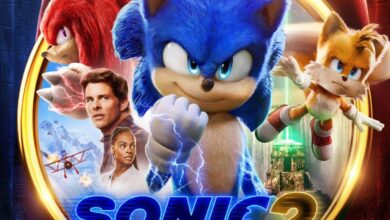